It's that time of year. Or whatever. 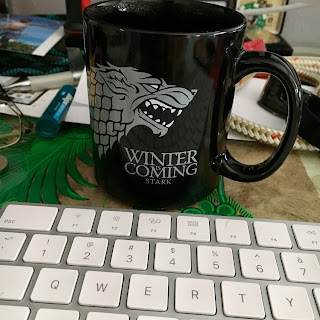 That is a terrible joke and I apologize.

That's one of those horrible jokes that, as it popped into my brain I thought, surely a million other people have already made the same fucking awful joke.

Anyway, my best friend is coming to town this evening. She just shot me a text that she is getting on a plane as I type.

A week of her and TGB conspiring to torment me. Sweet!

We were planning a Firefly binge watch and ever since Ron Glass died I have had to fight the overwhelming urge to do it without her.

Yesterday as I was designing posters for the upcoming Story Times I noticed that an upcoming theme in January is music. So I asked the boss, completely expecting her to say no, to order What Is Punk.

Okay, but you're reading it at story time.

So now our library is going to have one of the coolest kid's books ever written and I am going to read it to a bunch of children in January. Gotta find just the right shirt to wear.