I am not awake yet

I don't know what happened last night, but I slept heavier than usual and dreamt so much so that I woke up exhausted, like I spent all night watching bad movies starring myself. 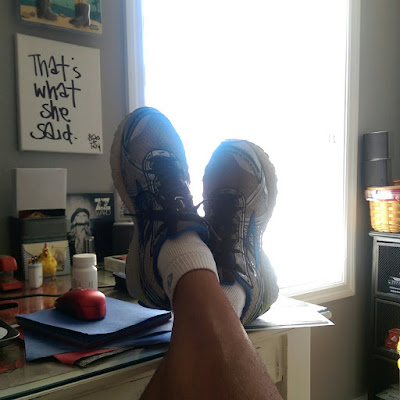 I love that I got a stern message this morning because someone I know used Titty Sprinkles! in a conversation today and blamed me.

I start my Aaron Sorkin MasterClass today.  I felt like such a fucking poseur signing up for it. After reading everyone else's bios in the class I had to laugh at myself. Mostly because my feeling was confirmed. Or else everyone else lies and I'm not the only one who hasn't already written for tv shows and had other movies made.

When I was four we lived across the street from some park where they were filming a commercial. I walked over to the director and told him I wanted to be in commercials, too. He told me to get my parents because I needed their permission. I walked across the street to our apartment and grabbed my dad. He was watching a Dodgers game, drinking a beer, and thought I was full of shit.

He came with me anyway.

My point is, I have a habit of deciding I want to do a thing other people are much better at and I still always seem to do okay.